5 Myths About Getting Your Spouse Canadian Citizenship 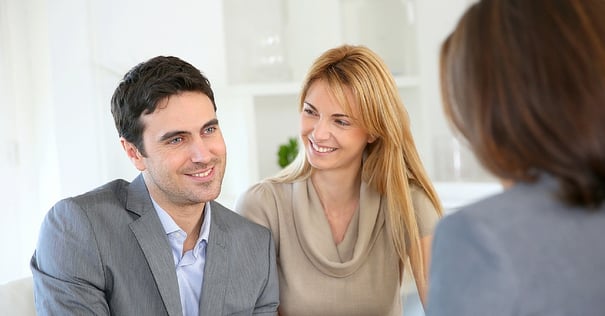 The complexity of the Canadian immigration system can lead to misinterpretations that spread through communities and online forums as truth. These popular myths mislead those trying to understand what it takes to make it through the process.

The most popular myths spread about the Canadian immigration system often revolve around money and time, making it appear that spouses that want to immigrate have few other options than to pay a lot of money or wait for a decade to get into Canada. Here are some of those myths...

Myth #1 » You Can Buy a Spousal Sponsorship

Some people have the impression that people who have a lot of money can get to the front of the line when it comes to dealing with the immigration system. This is untrue.

The Canadian Immigration System does consist of numerous policies designed to accommodate citizenship applications through many different sponsorship programs. At the same time, these laws are also intended to protect Canadian citizens, immigrants, and refugees from those who would take advantage of the system.

Several laws exist barring entry to people deemed to be a danger to Canadians, including criminal, medical, and national security issues. Applicants refused on these grounds can expect to be continually rebuffed regardless of the size of their bank accounts.

Although there used to be a waiting period that forced spouses to endure a conditional citizenship period before being granted permanent residency, Canadians have recently voted in a Liberal government that abolished the waiting period that the Conservatives had enacted in 2012, reducing the time it takes to achieve citizenship.

Myth #3 » You Can Sponsor All Your Dependents

Another misconception that pops up far too frequently is the idea that all children can be sponsored for Canadian citizenship. The truth is that there are specific limits when it comes to sponsoring children and family members.

One of the most important restrictions to be aware of is age. The previous limit of 22 years of age to sponsor a child has changed, effective August 1st 2014, as per the Government of Canada immigration and citizenship website. The law now states that dependent children have to be under 19 years to qualify for sponsorship purposes.

This means dependent children over 18 must now apply according to their own merits, whether it’s a work visa situation or a student visa.

Myth #4 » Only You Can Sponsor Your Spouse

Some people lock onto the idea that the only way to obtain legitimate entry into Canada is through marriage sponsorship. However, depending on the circumstances of a relationship, it may not be the best idea to apply under a spousal program.

In some cases, a partner may be unable to sponsor a spouse due to a sponsorship bar, like the one that prevents people from becoming sponsors themselves for five years. If this or another condition exists, then it’s best to consider other options.

Since Canada and the individual provinces have set up multiple programs to encourage business and education immigration, your spouse may have more success by applying through programs other than marital ones.

There are many news stories lately about the hot real estate markets in places like Toronto and Vancouver, driven by foreign investment from overseas. Much of this investment also allows the investors and their families to enter Canada under a variety of investor visas and other programs that spur business relationships between nations.

Due to this recent trend, some may believe that you literally need a fortune for your spouse to be sponsored as a Canadian resident. When looking at the law, in order to financially qualify, you have to show that you can sign an undertaking agreement that promises you have the ability to take care of “food, clothing, shelter and other needs for everyday living,” including “dental care, eye care, and other health needs not covered by public health services.”

Other than basic application fees, you only need to be able to show that you can financially take care of your spouse that you want to sponsor.

Partnering with an immigration lawyer with experience with Spousal Sponsorship can greatly increase the likelihood of achieving your specific immigration or visa goals.