Can I Sponsor My Same-Sex Spouse or Partner? 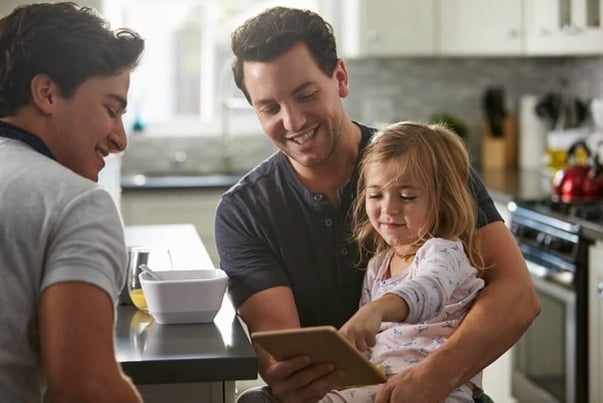 Being in a same-sex relationship and living in a country where you can’t live openly as a homosexual or where you can’t marry is frustrating at best and life-threatening at worst.

Canada enables same-sex marriage immigration and allows these couples to live in peace and freedom. Read on to learn what you need to know about sponsoring your same-sex partner or spouse.

Who Can You Sponsor?

There’s good news if you’re in a same-sex relationship and you and/or your partner live outside of Canada.

Under Canada’s same-sex immigration rules, you can sponsor your spouse or your partner, provided that you and your partner meet certain criteria.

You can sponsor your same-sex spouse if you were married inside or outside of Canada.

What if you’re not married to your same-sex partner? You might still be able to sponsor him or her to immigrate to Canada.

A common-law partner is someone with whom you’ve been living for at least a year in a physical relationship. You’ll need to prove that you and your partner have set up a home together.

Such proof includes joint bank accounts or credit cards, joint ownership or rental of a home, and joint purchase of household items such as furniture or appliances.

Conjugal partners are those who would under different circumstances have a common-law relationship, except that a situation outside of their control makes that impossible.

These partners have been in a relationship for over a year but they couldn’t live together due to an immigration or other legal barrier. They must prove that such a barrier existed in order for one partner to sponsor another.

Sponsoring a Same-Sex Partner or Spouse: A Primer

You have a few options to sponsor your same-sex partner or spouse under Canada’s same-sex marriage immigration rules.

The first option is the family class. Through this category, a Canadian citizen or permanent resident can sponsor a spouse, a common-law or conjugal partner.

Another option is immigration through the economic class. The economic class enables skilled workers or entrepreneurs who can contribute to Canada’s economy to come to this country. Neither partner needs to be Canadian in this situation, provided you meet eligibility requirements.

One subcategory of the economic class is a live-in caregiver. Live-in caregivers are people who provide full-time care to children, the elderly and people with disabilities. They can sponsor their same-sex partners to immigrate to Canada.

Yet another option, if you qualify, is to apply for refugee status. Canada’s immigration laws define a refugee as someone who outside of their home country or the country in which they normally live and aren’t willing to return there because of a well-founded fear of persecution. Gays and lesbians fall into this category. Refugees can sponsor eligible same-sex partners.

When You Can’t Sponsor Your Partner or Spouse

What would make you ineligible to sponsor a partner or spouse to move to Canada?

Also, with your immigration status in Canada (if you were sponsored as an immigrant and became a citizen in the past five years, you will need to wait until that period is over);

Congratulations on taking your first step towards sponsoring your partner in Canada. The more research you do on the immigration process, the more you will learn about your specific situation and how we can help you navigate through the Same-Sex Immigration process.