How Canada Hopes to Cut the Spousal Sponsorship Backlog 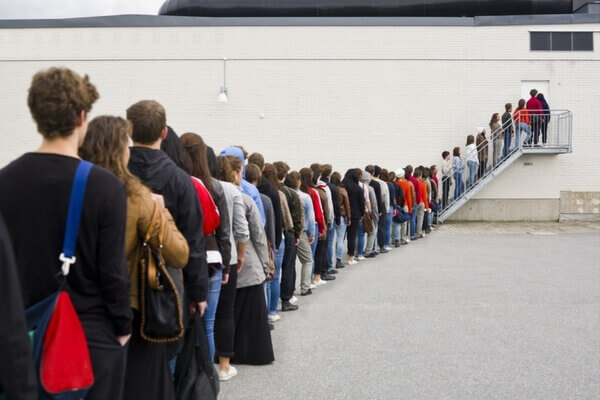 Traditionally, spousal sponsorship has taken over two years to process for those looking to bring their spouse to Canada. That's obviously a painfully long time to wait to be with the person you love.

But, the federal government is trying to change that situation. Read on to learn about what Ottawa is doing to cut the spousal sponsorship backlog, and how these measures will affect you and your spouse.

If your spouse isn’t originally Canadian, he or she will have to wait at least a year (and in some cases, over two years) to acquire permanent residency.

What if your spouse is already in Canada? He or she might as well be living in Pakistan. It still takes 26 months to process a permanent residency application for someone in that situation (known as inland spousal sponsorship).

According to the Toronto Star, as of June 2016, there were 48,500 people living outside of Canada waiting for spousal sponsorship of their permanent residency. An additional 34,000 people living in Canada were in the same boat.

Why Is There a Backlog?

How did this backlog get to be so big? The blame lies with some decisions made by Immigration, Refugees and Citizenship Canada (IRCC), the federal agency responsible for handling immigration requests.

In February 2014, the IRCC moved the processing of inland spousal sponsorship cases from a facility in Alberta to another outside of Toronto. That’s when wait times for those files began to grow.

Six months later, the agency introduced a new application form for spousal sponsorship. Officials decided to mail back some of the applications, even if people had completed them before the introduction of the new form.

While the backlog has definitely worsened, it’s most certainly not a new problem. In 2010, the Office of the Auditor General cited IRCC's inability to communicate with applicants about the length of processing times in a report.

Furthermore, the demand for Canadian residency and immigration far outstrips the agency’s processing capacity, and that’s been the case for a number of years.

What Is the Canadian Government Doing?

In June 2016, the federal government announced it would grant permanent residency to more spouses, partners and dependent children in a bid to reduce the backlog.

Each year, the government decides how many immigrants and permanent residents Canada will admit. This year, Canada added 14,000 spots for spouses, partners and dependent children.

The announcement stated that complete and “straightforward” applications will be finalized faster. This applies to applicants currently living overseas as well as those waiting for inland spousal sponsorship.

What does “straightforward” mean? A spokeswoman for the IRCC said that such an application would not present fraud concerns to immigration officials. The government can’t share a list of red flags for fraud, lest scammers try to beat the system.

How will the government finalize these applications faster? Immigration officials will ask applicants with “straightforward” and complete applications to supply necessary documentation within a shorter timeframe. Once the government has those documents, it can begin processing requests for spousal sponsorship.

In an interview with the Toronto Star, the spokeswoman for the IRCC pointed out that the IRCC’s plan to reduce the backlog will depend on applicants’ timely cooperation.

What Does This Mean for You?

If you’ve submitted an application to sponsor your foreign-born spouse, you might be very excited about this announcement. “My spouse’s application should be complete in no time,” you say.

There are a few things to keep in mind before you begin jumping for joy. Firstly, the application must be complete. If you’re missing any documentation, even something you think is relatively minor, you won’t be selected for fast tracking.

Secondly, the “straightforward” requirement is quite stringent. Should immigration officials discover any inconsistencies whatsoever in your application, not only will you not be fast-tracked, your application may even be denied. Now is not the time to fudge facts.

My Visa Source stays updated on all immigration news and announcements across Canada and the United States, including sudden changes in government law.

Our legal solutions help individuals, families and businesses from North America and around the globe.