4 Things That Could Put Your Spousal Sponsorship in Jeopardy 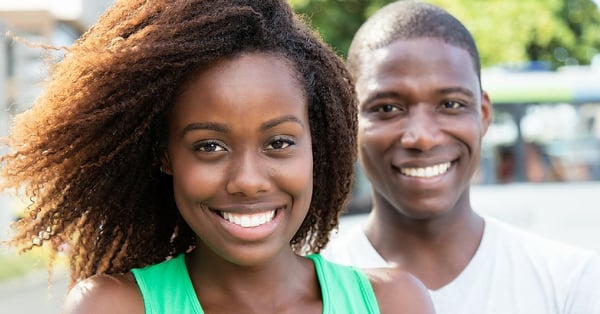 A successful Canadian spousal sponsorship process includes many pitfalls that must be avoided. When an application has been reviewed and rejected, it complicates your spouse's bid to enter the country as a permanent resident. Avoid the following four common problems that may put your application in jeopardy.

When the Immigration, Refugees and Citizenship Canada (IRCC) perform a background check of your records, a variety of issues may pop up that could cause your spouse to be labeled inadmissible. These issues tend to be considered universal reasons for refusal, regardless of the program under which you apply.

Most of the reasons for inadmissibility revolve around keeping citizens, permanent residents and guests of Canada safe from harm.

For example, one provision of the law states that you will be denied entry if you’ve been convicted of a serious crime that would be punished with 10 years of prison or more if the offense was committed in Canada.

A drinking and driving conviction, or being caught driving a motor vehicle while under the influence of drugs, would also result in refusal.

Other issues that could put your spouse’s application in jeopardy include:

Otherwise, it’s extremely unlikely for your sponsorship to go through if the government refuses on these grounds.

As of 2012, legislation passed by the previous Conservative government stipulated that those who have previously sponsored someone to become a permanent resident need to undergo a five-year waiting period before sponsoring another applicant.

If your application was received by Immigration, Refugees and Citizenship Canada before March 2nd, 2012, then you don’t have to worry about the new law. However, if you started the process after that date, there’s a chance your spouse’s application could be in jeopardy because of the new rule.

Essentially, as part of an effort to eliminate immigration fraud, this sponsorship bar exists for those who have previously sponsored an applicant.

In addition to the sponsorship bar, if you’ve previously sponsored a spouse, you’ll likely need to provide solid proof of the dissolution of the previous relationship. Otherwise, your sponsorship may be considered ineligible due to questions about the validity of your marital status.

All immigration programs and processes rely on accurate information provided by applicants and sponsors. Without this data, Immigration, Refugees and Citizenship Canada will be unable to verify whether or not you and your spouse qualify for the immigration stream that you’re navigating through.

If you’re submitting identification and records from another country, then the documents submitted should be from a government department recognized by Canadian officials. The lack of proper identification and official paperwork will make it impossible to determine the veracity of the application.

Double check all forms and information submitted before finalizing your application. While honest mistakes do happen from time to time, they will definitely slow down the process. At worst, a government official may decide you submitted incorrect information on purpose, which would result in refusal of entry, also jeopardizing future sponsorship for your spouse.

Before sending originals, always make sure to photocopy or create a digital backup of the paperwork that’s part of the application. There are plenty of instances where important documentation has been misplaced or misfiled. Although lost paperwork is rare, it’s always a good idea to have backups.

Although the new mandate won by the Liberal government appears to lean toward immigration and sponsorship policies that are more humane, you should always keep track of any changes that are being proposed to the system.

For example, one of the more recent changes reduces the age of dependent children to under 19 years of age. Previously the rules allowed for a dependent to be claimed as long as they were under the age of 22. Depending on the situation of you and your spouse, this drop in age requirement could ruin your plans to move the family to Canada.

The trend for many of these changes involves altering immigration strategy to positively affect the workforce. Nonetheless, children over the age of 18 who depend on their parents for their day-to-day livelihood will be considered for sponsorship.

Congratulations on taking your first step toward sponsoring your spouse in Canada. The more research you do on the immigration process, the more you will learn about your specific situation and how we can help you navigate through the Spousal Sponsorship process.