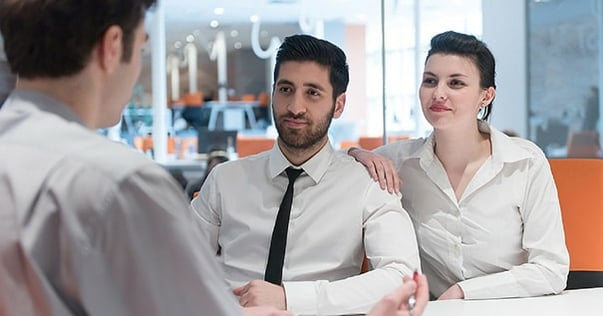 The perception that people have when they think of a spouse versus a common-law partner varies much more than in the eye of the law.

For the most part, Canadian immigration policy for spousal sponsorship doesn’t favour one type of conjugal relationship definition over another providing both types of unions with the same level of respect.

This also means that those in common-law relationships can expect to go through the same rigorous screening process as those who are married, but with a greater burden of proof to verify their relationship when it comes to sponsorship.

Definitions of Common-Law Versus Spouse

A spouse is a partner who has gone through the process of obtaining a marriage license and are legally married. Like common-law partners, spouses typically live together and share relationship responsibilities.

Differences Between Spouses and Common-Law Partners In Canada

For the most part, immigration law applies to both types of relationships in a similar manner. The main difference between the two is the level of proof involved in verifying the relationship.

For married spouses, presenting proof of their relationship consists mostly of presenting a marriage certificate and photographs of the wedding ceremony.

Since common-law partnerships present more of a fraud risk for immigration applications, regulations require a wider variety of proof that involves different types of documentation showing cohabitation along with a relationship.

The website for Immigration, Refugees and Citizenship Canada (IRCC) lists the following as categories of proof that will be accepted for the sponsorship process:

In addition to this type of official paperwork, it will help your case if you include supplementary information such as photos of trips or dates, text messaging logs, email exchanges, phone call logs, instant messages, gifts, receipts and anything else that proves the relationship. It should be noted that a couple can still apply if they are forced to live apart due to exceptional circumstances, such as armed conflicts.

Similar to any permanent resident or citizen attempting to bring their family to Canada to live, common-law partners will not be able to sponsor another partner for a period of five years after successfully sponsoring someone else. Also, for those interested in bringing a dependent into the country, that dependent must be under 19 years of age and not married or attached to a common-law or conjugal partner themselves.

An important exception here is that the Canadian government does consider cases where the dependent is 19 or older but incapable of taking care of themselves due to a medical condition that afflicted the dependent before turning 19.

For example, in addition to proof of the common-law relationship, you’ll also need to provide financial records that show you can take care of your sponsored partner if, for whatever reason, they’re not able to provide for themselves.

As such, you must demonstrate your ability to provide all the basic necessities such as shelter, clothing and food, as well as healthcare and personal items that aren’t covered by government programs.