How the IRCC Approves Spousal Sponsors 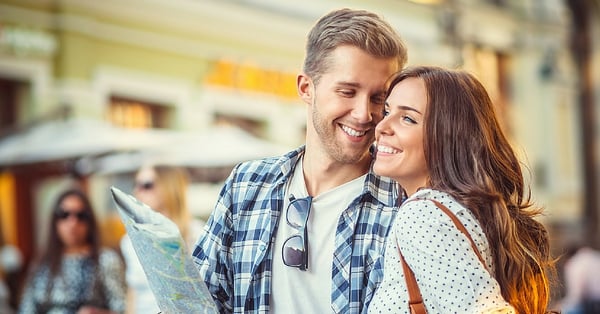 Despite the fact that becoming a permanent resident of Canada through Spousal Sponsorship is an extremely complicated procedure, you can divide the duties. A sponsor and a spouse each need to do their part.

The approval process looks at each applicant separately and together. As such, it’s important for both the sponsor and the spouse to be fully aware of their responsibilities. Otherwise, the application is likely to be denied due to missing paperwork or an issue that wasn’t considered before you invested time and money.

The First Stage – Citizen or Permanent Resident Applies As Sponsor

First of all, in order for the process to work, a permanent resident or citizen of Canada must begin by putting in an application as a sponsor. These applications are sent to the case processing centre operated by the Government of Canada in Ontario. A sponsor will be provided approval from an office within Canada.

The application will mostly focus on whether or not you're deemed to be an approved sponsor for your spouse. All sponsors must be 18 years of age or older, and must sponsor a common-law, conjugal partner or spouse.

As a sponsor, you must also be able to show that you can take care of the spouse you’re sponsoring, including needs such as clothing, food, additional healthcare and other necessities.

There exist several obstacles to sponsorship, restricting the ability for certain people to be a part of the process. One of the more recent changes is a five-year bar for those who have already sponsored a spouse in the past.

If this is the case in your situation, you’ll need to wait for the five-year period to pass before you’ll be cleared to participate again.

Another type of sponsorship bar is for those who have previously committed certain types of violent crime for which they were convicted in a court of law. In particular, the Immigration, Refugees and Citizenship Canada (IRCC. Previously called the "CIC") looks for past violence committed towards family members, including close and extended kin, as well as foster children and step-children.

These two types of bars have been put into place to reduce domestic abuse among spouses being brought into the country. It also helps to prevent marriage fraud through multiple marriages.

Of course, there are a multitude of other requirements you must also pass in order to become eligible as a sponsor. Once you’ve proven to the Canadian government that you’re an ideal candidate, you and your partner will be able to move on to the next step.

First of all, spouses should make sure that they don’t fall into any category that precludes them from being sponsored. The minimum age for spouses being sponsored is 18 years old. Neither of you are allowed to have been married to anyone else at the time of your marriage.

Also, your spouse won’t be able to be sponsored if the both of you have lived apart for longer than a year while living with someone else as a common-law or conjugal partner.

Another set of general inadmissibility factors must be considered as well, consisting of specific issues that would deny any applicant – sponsored or not – access to the country. These include violent crime, severe health problems, previous immigration fraud, links to espionage or terrorism, and being considered a threat to national security.

These reasons for inadmissibility should be taken care of before the application is entered, as they will bring the process to a complete halt, perhaps even preventing another attempt in the future.

When the sponsor’s application has been approved, after potential roadblocks are addressed, the spouse should immediately follow through with their own application to become a permanent resident.

Depending on the situation you’re in, you might be able to apply while inside Canada, seeking approval from an office within the country. For other cases, you might have to apply through a visa office, embassy, consulate, or a high commission established on foreign soil.

In addition to various application fees, your spouse will need to submit official identification and other personal information that verifies their ability to legally become a permanent resident of Canada under a spouse sponsorship program. After all the documentation has been submitted together, including sponsor and spouse applications, you may keep track of the process online.

You should receive verification from government offices that your case is being looked at for approval, including a rough estimation of how long you can expect an answer from the IRCC to take.

Congratulations on taking your first step towards sponsoring your spouse in Canada. The more research you do on the immigration process, the more you will learn about your specific situation and how we can help you navigate through the Spousal Sponsorship process.