How a “President Trump” Would Likely Affect Canadian Immigration 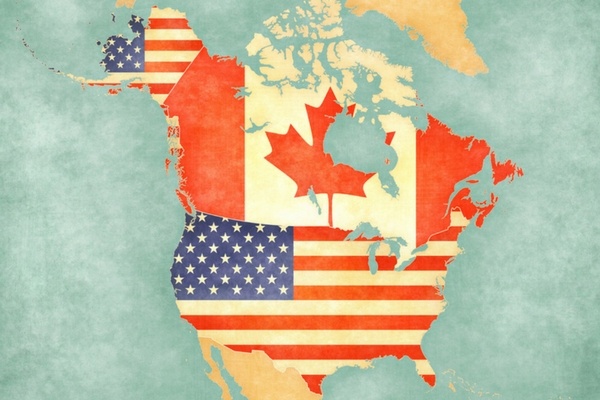 While he has no shortage of supporters, there are plenty of Americans who believe a Trump presidency is the worst outcome imaginable.

Many Trump opponents have threatened to immigrate to Canada from the United States. But will they make good on their threat if Trump wins the election? Read on to learn about the possible effects of a Trump presidency on Canadian immigration.

Cape Breton: A Refuge from The Donald

In February 2016, a Nova Scotia deejay launched a website welcoming American expats to Cape Breton Island in the event that Donald Trump becomes president of the US. While the website was tongue-in-cheek, there were many Americans who showed interest in the Canadian island. The site quickly reached the 10,000 visitor mark after its launch.

Even Prime Minister Justin Trudeau caught wind of the site. Nearly a month after the site’s launch, he joked about how beautiful Cape Breton is when addressing Trump’s controversial views on Muslims and immigration.

What Does It Take to Move to Canada from the US?

Does the prime minister’s laughing remark imply an endorsement of American emigration to the True North? If you’re a US citizen, don’t expect Canada’s immigration laws to suddenly change to welcome its southern neighbours.

The situation is sunny for certain Americans. Thanks to NAFTA (much loathed by Trump), professionals such as doctors, lawyers and architects with a Canadian job offer in hand who want to temporarily relocate here will have an easy time.

What if you’re not a trained professional, and no Canadian organization has made you a job offer? A spouse, parent, or dependent child would need to sponsor you. Another way to immigrate to Canada is to apply as a skilled worker in a category that’s in high demand in Canada.

Will Americans Make Good on Their Threat?

There’s historical evidence to show that when Americans are faced with a political situation they find undesirable, they leave the country.

During the American Revolution, 100,000 Loyalists fled to Canada. Thousands of blacks secretly migrated north to escape the chains of slavery. Three hundred thousand Americans settled on the Canadian prairies in the early 20th century. Approximately 240,000 draft dodgers came to Canada to avoid serving in Vietnam. At the beginning of the 21st century, some 200 war resisters emigrated to Canada so they wouldn’t have to fight in Iraq.

However, history has also shown that not everyone is willing to put their money where their mouth is. In 2004, when George Bush took the lead in the polls over John Kerry, applications to emigrate to Canada tripled. How many of them followed through? Not very many, as the numbers of American immigrants to Canada in 2005 didn’t change from the year before. In fact, the number of Americans immigrating to Canada has remained steady at around 10,000 per year.

There’s a good chance that number won’t change, even if Trump does win the election. For a start, you need a valid passport in order to immigrate. Less than 40% of Americans have one.

Secondly, even if you do have a valid passport, immigrating to Canada is a long process. There are thousands of would-be immigrants stuck in a backlog, some of whom have been waiting months if not over a year for the government to process their applications.

In fact, some of them have been forced to return to their native countries because their visas have expired and it took too long for Canadian immigration officials to renew them.

So, although a March 2016 Ipsos poll found that 19% of respondents would consider moving to Canada if Trump became the next president, the vast majority of those surveyed would most likely not pull up stakes and move to the True North.

Access Essential Immigration and Visa Expertise in a Minute