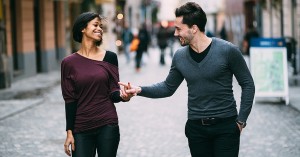 One of the first policy changes that the Canadian Liberal government will implement after winning the 2015 election is the alteration of immigration policy, especially in terms of the rules for spousal sponsorship in Canada.

In 2012, the Conservative government decided to make it more difficult for sponsorship in an effort to counteract marriage fraud. Unfortunately, these changes ended up causing collateral damage by making it more difficult for genuinely married couples who followed the rules in an attempt to legally live with their wives and husbands in Canada.

The Conservatives enacted restrictions on the sponsorship program in 2012 in an attempt to combat marriage fraud committed by a minority of applicants who married strictly to gain access to Canada and all the social benefits that the country offers to residents.

The Canada Border Service Agency went as far as labeling marriages of convenience, especially by couples from China and India, as a “threat to the integrity of Canada’s immigration system.”

These restrictions revolve around the amount of time that a couple must spend together before the sponsorship process is completed. In order for the spouse to become a permanent resident, they must live with their partner in the country for two years after arrival.

This was tacked on to the average two-year wait period that most couples experienced due to the backlog of applications. As a result, for all effective purposes, the Conservative government requires sponsored couples to wait four years before becoming legal residents of Canada.

Less publicized was the alteration of the process that required a sponsor to wait five years in between the completion of the last sponsorship process before launching a new one. This additional limitation was ostensibly put into place to prevent chronic abuse of the system.

Despite the previous legislation’s attempt to be fair and equal, it created a situation in which women, especially minority applicants, were vulnerable to becoming trapped in abusive relationships because of their lack of official status when they arrived in Canada.

With the threat of expulsion from Canada as a constant threat hanging over the sponsored spouse, they were also less likely to access vital services, including health, counseling, workplace protection and police protection.

When Immigration Minister John McCallum announced that the two year waiting period as a conditional permanent resident was to be eliminated, professor of social work, Rupaleem Bhuyan, applauded the initiative.

She acknowledged that “the language of the policy is racial- and gender-neutral on paper, but in reality, it exacerbates inequity. The conditions of sponsorship create conditions of abuse.”

Now that the new law doesn’t require a conditional waiting period, sponsored spouses will avoid being placed into a situation in which they do not have the same rights as their partner.

This will greatly reduce the prevalence of abusive relationships that sponsored spouses suffer through, as well as open the way for greater access to health and social services that help new Canadians adjust and become prosperous in their new home.

Further Changes In the Future

Similar to the United States and their immigration system, Canada is home to a significant population of unregistered immigrants who have lived in the country, sometimes alongside permanent residents who are family.

The sponsorship process for these types of immigrants has yet to be declared. As such, there’s a large number of people in Canada who have no access whatsoever to health and social services, resulting in a significant population that’s exposed to risk of abuse.

While no announcements have been made as of yet, it’s expected that the new immigration legislation will also deal with this cohort of undocumented persons.

The five year waiting period to sponsor another person to arrive in Canada is another aspect of permanent residency that the government may or may not change. Currently, this waiting period would make it difficult to help sponsor other members of the family other than spouses, such as children and grandparents.

The application process for spousal sponsorship is another aspect of the system that’s eventually expected to change. Mr. McCallum wants to change the two-year average wait time for applications to be approved, which will help reduce the stress for eligible families.

Instead of relying on wait times to ensure that fewer marriages of convenience take place, lawyers suggest that nuptials which occur over the phone or over fax should be eliminated, something that the Liberal government may decide to implement.

Congratulations on taking your first step towards sponsoring your spouse in Canada. The more research you do on the immigration process, the more you will learn about your specific situation and how we can help you navigate through the Spousal Sponsorship process.